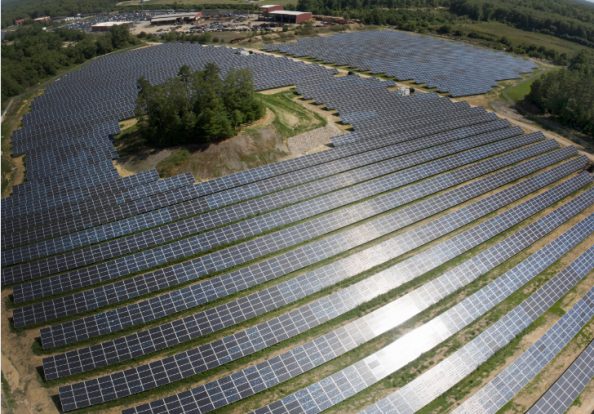 TransAlta’s first solar project, Mass Solar in Massachusetts, United States, can generate 21 megawatts (MW) of renewable energy. Acquired in 2015, the project aligns with our strategy of growing our renewables platform and diversifying our portfolio. The expansion into new geographic markets and technologies further enhances our position as a leader in renewable energy and provides potential for future opportunities in the U.S.

Mass Solar consists of four ground-mounted projects built in 2014 and 2015 (Dartmouth, Freetown, North Brookfield and Braley) and four roof-top projects at the Milton location, which was constructed in 2012. These projects consist of just over 73,000 solar panels, two meters long and one meter wide, weighing around 60 pounds (27 kg) each. All of the Mass Solar locations qualified under phase one of the Massachusetts Solar Energy Renewable Credit (SREC-I) program.